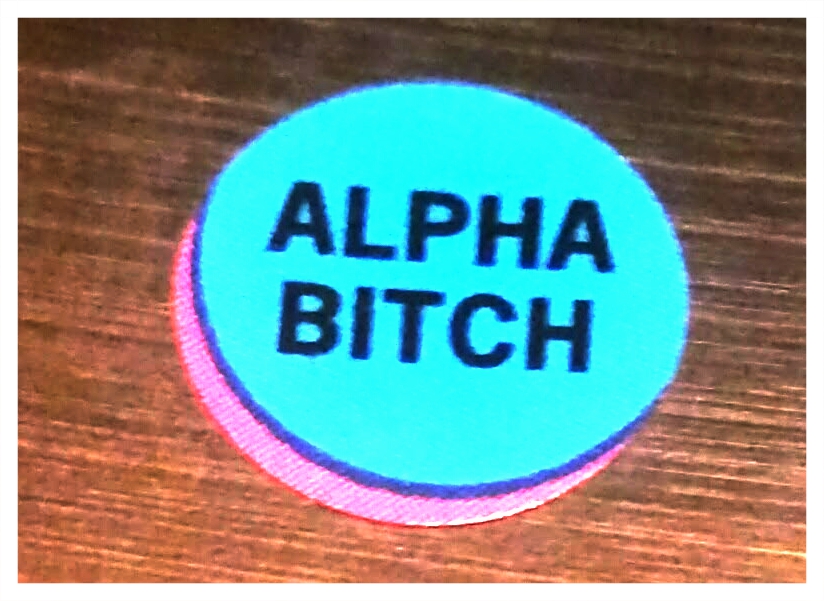 [Editor’s Note: This was written prior to the stabbing in Austin, TX yesterday, and no disrespect is meant to anyone dealing with that.]

I vividly remember confessing to someone I couldn’t get Crime Mob’s Knuck If You Buck out of my head. My friend asked if I wanted to fight someone. I had to think about it for a minute, but the answer was ‘yes.’ What was the lyrics that I  internalized that my subconscious had it on a loop for the better part of a day? Here is the chorus (in it’s entirety):

Now, for those of you lost, let us break this down etymologically:

Knuck – to hit a person with your knuckles.

Buck – now, if you’ve seen Get Out you may think you know what this word means, and you’d be wrong! Ha ha (low-grade side-eye). “Buck” in this case is a verb. And there are two predominant uses (I’m going to guess usage is determined on whether you are young or old, because I only know one of these):

Buck – 1. To get prepared to fight. 2. To get uncontrollably wild.

And for those of you, who like me, keeps it nerdy:

OK so now that we are all on the same page about what “Knuck if you Buck” means…I pretty much just wanted to stab someone. It makes perfect sense doesn’t it? If you feel like fighting, fight. If your entire being is telling you to do something, then maybe perhaps the only way to stop feeling that way is to do that thing. The logic is transferable too, “If you want to eat a pint of ice cream, eat a pint of ice cream.” But there is only so far that logic can get you can’t it? Like morally (and legally), you shouldn’t say “I feel like hitting that pedestrian with my car, so I will hit that pedestrian with my car.” The limits either self-imposed or external (society, your parents, the three branches of government, at least until September), and sometimes they are cosmic limits.

So while I really wanted to knuck because I was buck, I knew I wouldn’t.

First of all, I can’t fight. At least I don’t think I can. I once slapped a girl and then blocked her from counter-slapping me, both my worst and best moment of the 7th grade. If I was a tribute in the Hunger Games, I’d be that person who hid in the cave the WHOLE TIME.

Second of all, I say the most ludicrous and impractical things when I am mad. Case in point “I am going to stab him/her” is something I say often. It is my default thing to say and I realize it slips out when I am on any spectrum of the rage scale. From petty “ohh Imma stab him” to somewhat serious “If I get interrupted one more time, I am going to stab someone” to I kind of mean it “I would rather stab myself than do that again.” I can also picture me saying to a jury one day “I say I want to stab a lot of people all the time, but I don’t stab them.” Should the emphasis be on the “don’t” the “stab” or the “them” in that last part? Doesn’t matter, what matters is I am not Dexter, I will not be stabbing anyone for all the obvious reasons.

Third of all,  I [usually] immediately retract what I say/think and apologize for putting negative vibes into the universe and mentally self-flagellate myself until I have worked my way to the script for the “You Are A Horrible Person, This Is Why No One Likes You: The Meltdown!” Then I amend the scenario (as if to show I really didn’t mean that horrible thing I just thought) and end up wishing someone gets a splinter every third Sunday on their pinky finger for 13 years and never thinks to get it looked at and then they develop gangrene and  lose a finger. No part of a finger! Part of a finger that you don’t need. A part that science has miraculously discovered they can grow back. But lots of pain. No, not lots of pain. But lots of itching. Yes, I wish a part of your hand eventually itches for no reason at all.*

*I used to be better at being angry. Is it true that age mellows you? Is it that you don’t have the energy to keep feuding or you don’t have the energy to care? Or you just have been through enough to understand that sometimes things happen and it really has nothing to do with you (even though people should probably realize everything has something to do with you if they know what’s good for them)?

(I totally get why I’m single too, don’t worry)

Fourth of all, bad karma. Bad karma is not a “bitch.” If my life is any indication, bad karma is the Alpha Bitch.

listen); Pali: kamma) means action, work or deed;[1] it also refers to the spiritual principle of cause and effect where intent and actions of an individual (cause) influence the future of that individual (effect).[2] Good intent and good deed contribute to good karma and future happiness, while bad intent and bad deed contribute to bad karma and future suffering.[3][4] Karma is closely associated with the idea of rebirth in many schools of Asian religions.[5] In these schools, karma in the present affects one’s future in the current life, as well as the nature and quality of future lives – one’s saṃsāra.[6]

– You know this is from Wikipedia

If I had to rewrite the mythologies and religions of the world, the dual nature of Karma would be the HBIC (Head Bitch in Charge) in every single one. Dual natured because even karma is balanced by being divided into “good” and “bad,” the latter being the Alpha Bitch. Essentially the Alpha Bitch prevents me from knucking when I’m buck because I am scared of the universe kicking me in the jaw. I’m still trying to figure out how I am angry at the universe for the fate it is dealing me and simultaneously scared of it, but still wanting to earn good karma. Oh wait, it’s because I’ve been roundhouse kicked in the jaw before…many times.

But ha ha, guess who keeps getting back up? This bitch.

Karmic responsibilities aside, what in the world comes of knucking if you’re buck, Puja? Well speaking for myself, I either get beat up and feel like shit or I beat someone else and embody “fleeting triumph” as my shock and awe quickly transition to ‘omg what if they sue me?’ Lawsuits are expensive. And what if they don’t sue me? Then you just know you’re a  blackmail victim. And what if you knuck and something goes terribly wrong? Can you handle that?

Sure you’ll get me a couple of [hundred] times, whether it be running out of cellphone battery in the grocery store or on the side of the road late at night, I believe in you enough to think there is credence in your existence. And also I know that I cannot NOT talk about people’s poor fashion choices and throw shade to the administration in callous and imprudent ways…and I am not stopping…it counts as self-care. But because I worship at the feat of the Alpha Bitch, and believe in her existence, I am really looking forward for what she has in store for 45 and his administration. Maybe we can call impeachment date ‘National Schadenfreude Day?’ You should get producer credit, how does National Schadenfreude Day brought to you by The Alpha Bitch sound? I for one will probably ironically wear a MAGA hat on that day.

What if America’s “hard times” (or demise, whatever) is the karma other sovereign nations have collectively earned? Oh ish, America doesn’t have the cleanest of hands. What if this is happening because we didn’t take our responsibilities of being an informed electorate seriously? Oh no…OK well what do we need to do to keep the Alpha Bitch from dooming us all?

I shook a magic 8-ball and it said “Ask Again Later.”

What if we all agree to treat each other with respect and kindness, vow to become more engaged and well-read, share opinions and solutions (not vitriol and spite), try to find common ground and love the earth and all people?

OK look, that sounds unrealistic, what if we try that 3 out of 7 days and build up from there? I’d say have your people call my people, but you are the last person I am trying to hear from. I am screening for Good Karma.

If all else fails, I will knuck if I buck.

Oh it isn’t keeping me sane, this is comedy vérité if you will.