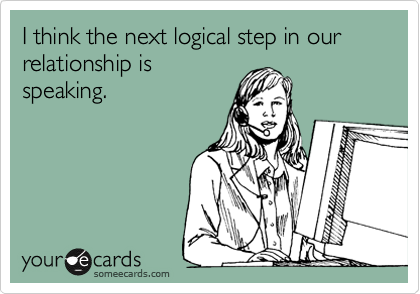 I have always been a huge advocate of networking, and that hasn’t changed just because I’m now in-house. I’m a firm believer in developing genuine relationships with people and helping where you can – and in my personal experience, this recipe has helped me succeed.

The key, though, is authenticity – and giving – before asking.

Before I explain further, allow me to interject the disclaimers. This is absolutely a personal opinion piece – based on my subjective experiences and is not researched in any way. Most of it is based on being in-house counsel for a large company for less than a year, which to some, may not qualify for anything. Add to that the fact that said company is doing a lot of hiring. As you can imagine, my Linked In and Facebook messages have blown up since last May. More importantly though is that in my short time being in-house, I’ve seen so many people get it wrong so maybe this is really my rant disguised as a public service announcement / blog entry.

For brevity’s sake, I offer two pieces of advice related to networking.

My first piece of advice on networking is that you have to start with an authentic relationship. Of course, you can’t be BFFs with everyone, but a regular bi-annual or annual breakfast or lunch goes a long way, especially if you already know each other through some other affiliation (bar association, professional group, church, kid activity, etc.)  It also helps if you started said relationship before you ever had an inkling of needing something. And it’s crucial to maintain the relationship – such as periodically sending articles of interest or invites to fun events.

Some harsh facts to consider related to this first piece of advice:

How to overcome numbers 1 and 2 above?

Herein lies the authenticity and giving before asking part.

If that doesn’t exist, you could try being authentic – recognize the awkwardness of the situation (maybe even own up to the lack of interaction before) but couple that with some freebies or how you add value such that a new relationship is worthy of investment, despite the lack of history.

My second piece of advice for networking success is to be realistic about your relationship and compare that with your ask to avoid burning any bridges. The formula for success is that usually, the ask (and any accompanying risk) cannot be more than the relationship.

Did you only meet once at a happy hour over five years ago? Maybe you went to law school together, but did you ever have more than a handful of conversations? Have you ever met in real life? Again, maybe you aren’t friends in real life, but perhaps you used to volunteer together and are now Facebook friends where you occasionally “like” each other’s posts. The stronger the relationship, the better.

Are you only asking for information (i.e. what it’s like to work in-house or what is their company culture)? How much time are you asking for? (i.e. Thirty minute call vs. 2 hour lunch) Are you asking someone to pass along your resume or to recommend you? Are you asking them to hire you? The less risky ask will likely have the most success.

Putting It Together : Success = Relationship > Ask

Obviously, if you are someone’s BFF, they will likely forward your resume and recommend you without reservations (assuming you have the credentials). But if you went to law school together, which was over 10 years ago – and you haven’t even kept up on Facebook, and you message them out of the blue, asking them to pass along your resume and vouch for you, they are likely going to have a lot of reservations – and they may ignore or delete you from their connections. But if you only want to know more about the company and are willing to have a phone call when it’s mutually convenient for them, they may be happy to oblige.

By no means are these tips any guarantee of any success, but hopefully they give you an idea that the art of networking can be very nuanced, and there is a delicate balance before art becomes artifice. Success comes with being considerate and conscientious, especially of how your networking style can be associated with your professional and personal credibility. But just like with any art, beauty is in the eye of the beholder, and while some would delete you for your audacity, others would reward it – and part of the art is determining your audience.