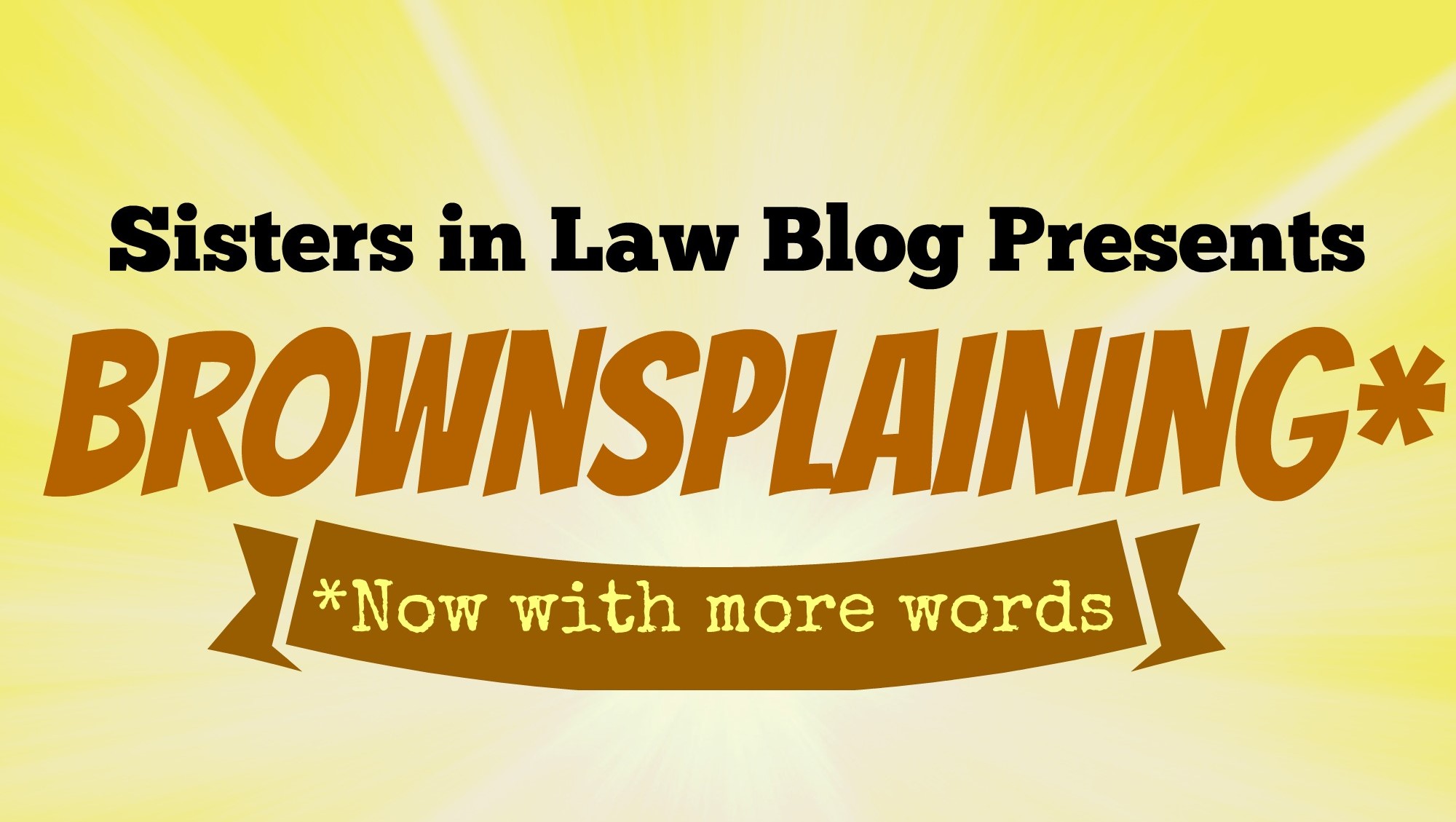 [Ed. Note: This is the second part of a short series on what it means to be Brown in America. This is the companion to “Domestic Hate”.]

When we did the social media teases for “Domestic Hate” we included the caption that explained my alliterative and unoriginal pun was meant to draw the connection that the acts of Domestic Terrorism perpetrated against minorities is used to “domesticate” us. I won’t talk about how it is also a call to action for allies* beyond this: ya’ll gotta mount up for the fight, it’s yours too. It is an actual fight; shout out to Ian Grillot. I don’t usually like to speak for my race/culture, but I will glady take the mic.

THANK YOU. Thank you for restoring our faith in the concept of allyship, that we can be seen as human first, and foremost thank you for “seeing us.” Bystander Effect is a thing and just thanks for being a decent human being. You can come through and fix a plate at the next fete.

“Jokes” aside, if you are a little more than a passing scholar of the American Civil Rights Movement, you are already aware of this method of domestication. Specifically, that the patriarchy will maintain control by finding a way to divide people as a distraction. The more we in-fight, the longer we in-fight, the longer our voices aren’t heard by the patriarchy. The method of division is systemic oppression and targeted acts of violence carried out by fellow Americans (HUMAN Americans, I was recently made aware grizzly bear Americans are out in the unpaved streets regularly stalking our young – dammit I said jokes aside!).

I can hear my mother’s voice echo in my head from all the times I’ve heard her discuss her fears about America from when she was younger saying “they would beat Indian men in the streets just because he was Indian!” Every time I heard this I felt like the subtext was ‘that’s why we don’t trust Americans’ but I don’t want to put words in my mother’s mouth. That is just the lens in which I view the comments. My mother is a very forgiving person, but alas this apple fell far from that tree. That was the clunky segue to [finally] bring us to today’s topic: an open letter to unwoke brown people (a/k/a those not as cool as my mother).

Turns out, I am not the only Brown person who feels the need to point out that Brown People need a talking to, well it could just be me and @harikondabolu:

I wish I could dump a bunch of “100” emojis to surround that. Yo! We got baggage to unpack people, call the porter, let’s get to it.

People, I knew it would come to this when I was told MORE THAN 1 DOZEN TIMES by different older Brown People “Oh you so you are not really Indian” upon hearing I am from the diaspora. Ya’ll some real insular people. If you are from the Diaspora, back me up on this. Go ahead and claim your Indian-hood as a point of pride, but can you also acknowledge in the same breath the distinct class lines and rampant misogyny?**

And that is an underlying problem isn’t it? We don’t talk about stuff, like ever. We don’t talk about hard stuff because we are too busy talking future stuff  – study hard, marry brown, give me grandchildren, move up in the middle class and leave that space for your kids to repeat the cycle. I am guilty of this too, my response to my insular Aunty and Uncle was usually ‘no, I just told you I am from Trinidad, but I’ve lived here for over 25 years so wtf does it matter?’ Obviously, some of that may have been said in my head.

To catch you up, please read  Sangay K. Mishra’s Washington Post analysis of hate crimes against South Asians since 9/11. The takeaways from this article:

The FBI  Crime In the United States Report for the last 10 years can be found here. I have collected the statistics of reported racially motivated crimes from 2000 to 2015 in this Hate Crime Statistics table.*** An abridged version is provided below:

Looking at these numbers and the trends, my superlatively Indian, taciturn, sisters and brothers:

WHERE THE HELL YOU BEEN FAM? LET’S HAVE A FRANK TALK ABOUT BROWN HYPOCRISY

So you’ve recently seen the stories of three shootings in the last two weeks that followed a scream of “Go Back To Your Country” and  South Asian (Hindu) men were shot. And now our community is reeling from this.

It kind of seems that the only reason you are hurt, scared, and angry is because we are being physically mistaken for our Muslim and Arab – or depending where you are ANY immigrant –  brothers [and sisters] by the perpetrators. Which is just as detrimental as law enforcement officials taking their time to label these acts of violence as hate crimes.

Sahaj Kholi wrote a piece for The Huffington Post  tilted “America’s Melting Pot Is Boiling Brown People To Death.” In which she likens the current fallout from the political climate encouraged by the Orange moron and his band of roving lobotomy patients as Brown People being frogs in a pot brought to a slow boil, we are getting boiled and we are not reacting because all the hate creeped up on us, like a slow boil.

Look in the end the frog is boiled to death either way because it was too stupid to realize what the hell was happening and that is EXACTLY what has happened with you Unwoke Brown People. You being on the back foot exclaiming “not in my America, not in my neighborhood” is beyond the justifiable reasonable hysteria associated with the realization WE ARE GETTING GUNNED DOWN IN THE STREETS AND IN OUR FRONT YARDS.

I’m going to kick you while we are down for a bit, #SorryNotSorry.

You have ONLY yourselves to blame for any anxiety born out of just now realizing that hate can affect you/us/them/every blessed person. The rest of us tried to tell you. We tried to tell you that being a “little ‘m’ minority” is problematic, that “staying out” of things that don’t ‘directly’ affect you will be a problem. These hate crimes are tangential actually if you think about it…there goes the ‘direct effect’ argument. Think of hate crimes as a brush fire, eventually everything in that forest gets burned, trees, bushes, rocks, nothing escapes it. So when you failed to see why Black Lives Matter needs to be a stand-alone movement, failed to stand in allyship with the “Big ‘M’ Minority” groups when they asked for solidarity,  kept your head down, and cheered the nominations to the current cabinet as strides in ‘representation and inclusivity’  you don’t get to be shocked and hurt because of what is happening now. I mean you totally can be, but mute the boiled frog part of it.

You ignored what was happening around you, and now it is starting to get uncomfortable. 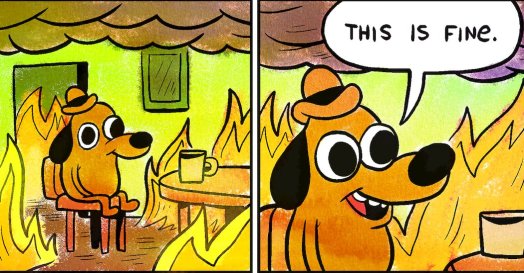 But like most things, all is not yet lost. Now we have an opportunity to stand in solidarity in GREATER numbers (shout out to woke Brown People) than we have been. Because like it or not, for 16 years a large portion of our Brown sisters and brothers have been fighting these battles in the courts of law and public opinion, with increased visibility in the community, by fostering dialogue, and normalizing their existence. Now you  may have felt it wasn’t your place to say anything because it isn’t your fight…but you seem to have a comment about whether or not so and so’s husband’s niece should or should not date the grandson of your old classmate from primary school and that for sure ain’t your damn business. I digress, you are right, fighting Islamaphobia and Islamaphobics and racists is scary and you don’t want to be a mouthpiece for a cause or movement that isn’t your struggle. Did I say get up there and give speeches? No, I said show up, stand side by side or be supportive or whatever the community is asking for, you do not get to turn around and pretend it doesn’t affect you anymore. The increased violence happening IS your struggle, always was.

You Do NOT have the privilege, you never did, to pretend that racism doesn’t affect you because we are the ‘model minority.’ Hari and I are counting on you to wake-up, show up, and stop stabbing other minorities. #GetWoke and #StayWoke, we have a lot to do.

*the other part of “them” in the us vs. them dichotomy we have been taught to view race in America.

**India still managed to have a female head of state before America so, rocks and stones and all that (where are the shades emoji?).

***One disclaimer I will issue about these numbers is that the number of reporting agencies changes from year to year. Some years there were close to 6,000 and others there was barely 1,500.

One thought on “Dear Brown People”