I had a nice little blog half written about BOOK IT! inspired by Laura’s lovely piece about her accidental book club…but that seems disingenuous given the fact that I am the most easily riled up “sister” of this blog.

This is actually the first part of a two-part piece. Come back next week when I Brownsplain to Brown people why waking up late brings shame on our people.

The FBI defines a Hate Crime as the following:

A hate crime is a traditional offense like murder, arson, or vandalism with an added element of bias. For the purposes of collecting statistics, the FBI has defined a hate crime as a “criminal offense against a person or property motivated in whole or in part by an offender’s bias against a race, religion, disability, sexual orientation, ethnicity, gender, or gender identity.” Hate itself is not a crime—and the FBI is mindful of protecting freedom of speech and other civil liberties.

(A) In general.—Whoever, whether or not acting under color of law, in any circumstance described in subparagraph (B) or paragraph (3), willfully causes bodily injury to any person or, through the use of fire, a firearm, a dangerous weapon, or an explosive or incendiary device, attempts to cause bodily injury to any person, because of the actual or perceived religion, national origin, gender, sexual orientation, gender identity, or disability of any person—

* States also have the option of further defining or expanding the definition with their own statutes.

This was part of the NY Daily News article reporting on the murder of Srinivas Kuchibhotla in Kansas last week:

Oh you say, that was old news, when it was breaking, it has been a few days:

THAT WAS THIS MORNING. First of all CBS why the hell is “Kind Soul” in quotes? Second of all Apparent U.S. Racist Shooting?

A brown man was murdered at the hands of a white man in what, as witnesses described, was a racially motivated crime. Because last I checked, being screamed at to “Go Back To Your Country” isn’t done by a member of that country’s tourist board. It isn’t “Go Back To Your Country, Enjoy the Serene Vistas!” It is “Go Back To Your Country Because Someone Led Me and My Tiny Brain to Believe that You Are a Threat to My Livelihood.” So this to me, is a hate crime. But I guess in a world of alternative facts and outright lying, lets go ahead and hedge our bets.

And you know what is scary? Our Attorney General is a known racist. Check to make sure his pocket square isn’t actually a  hood folded neatly and held close to his heart. I’ll wait. No I won’t.

The Southern Poverty Law Center tracks hate crimes via Hatewatch. Here is something to worry about:

WOW America. Side note: someone told me the other day that they didn’t watch the Oscars because it was going to be “too political” and that insulting “the President” is America airing it’s dirty laundry. Ummm…ok have you heard of the internet? Do you read? Americans are showing their ass all up and down these latitude and longitudinal lines, so don’t say shit like that to me and then get offended when I roll my eyes and walk away without a word.

So what are we supposed to do when if you are any type of minority you are being told to go back to your country and then shot at or having fecal matter smeared on your domicile?

I say let’s go ahead and try the perpetrators as domestic terrorists.

(A) involve acts dangerous to human life that are a violation of the criminal laws of the United States or of any State;

(B) appear to be intended—

(i) to intimidate or coerce a civilian population;
(ii) to influence the policy of a government by intimidation or coercion; or

(iii) to affect the conduct of a government by mass destruction, assassination, or kidnapping;

Mosque burnings  and a wave of antisemitism are occurring on the DAILY. ON THE DAILY. If that isn’t domestic terrorism, then maybe we need to re-define it so that it is clearer. 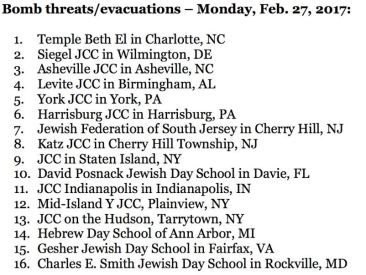 That is since yesterday. SINCE YESTERDAY.

We have to do better and that starts with calling out hatred and terrorism when we see it. A homogeneous America sounds like room temperature milk, highly suspect.

Thing Keeping Me Sane This Week:

The judge handed down the final two sentences Monday. Torres was sentenced to 20 years, serving 13 in prison. The mother of his children, Kayla Rae Norton, 25, was sentenced to 15 years and will serve six. After their prison terms, they will be banished from Douglas County. They were found in violation of the Street Gang Terrorism and Prevention Act; Norton was found guilty of violating the act as well as a count of making terroristic threats. The jury convicted Torres of three counts of aggravated assault, one count of making terroristic threats and one count of violating the act.