Well well well, look who lucked out and gets to write about voting, the day after the first Presidential Debate of 2016 and on National Voter Registration Day (click that link to find out how to register in your state, or if you prefer just google “National Voter Registration Day” and the algorithm wizards will find the information you need based on your location). To see a list of qualifications to vote by state, click here. This is the end of the public service announcement.

I am going to try and keep my politics out of this; Also you already  know where I stand. As you read this I need you to keep in mind that I hate the electoral college, but I still vote. Almost every election (national, state, sometimes local), I vote. Last caveat: my views do not represent the views of this blog or the authors who write for it. #Lawyered.

First, if you tuned into the debate last night, and made it all the way through, give yourself a pat on the back. That was a brutal 90 minutes. No commercials + drinking game = playing with fire. Let’s skip past the who won/who lost discussion and focus on this question: Who wins if you stay home on November 8th?

Second, here is a little known fact about me: I can be judgy. I don’t hear a collective gasp of surprise. One of the things I judge people against is whether they are qualified to vote, but are unregistered nor have never once voted, but incessantly spout off opinions. “But Puja we have a first amendment RIGHT of freedom of expression.” Fine OK, acknowledged. You also have been given the RIGHT and privilege to vote, you’re just gonna let it sit there and go unused? You’re just going to let yourself be lumped in with either apathetic people or the “silent majority?” You are going to let people convince you that you don’t matter and your voice doesn’t deserve to be heard? Why? Aside from illegal voter ID laws, or other actual discouragement or threats if you show up at the polls, why would you let other people trample on this one specific right?

If appealing to your obligation to civic duty isn’t going to work, let’s compare our rights to those in the rest of the world.

That didn’t work either? Let’s go dystopian then. Are you happy living in a world and not being part of it? This manifests itself in tweets like the following:

Well Twitter user from Utah, which STD would your mother rather have? AIDS or syphilis? Is your mother saying that the candidates are like STDs? Or is she saying that living with an STD is going to be easier than living through one of the candidate’s presidency? WHAT THE HELL DOES THIS MEAN other than your mother diluting the importance of voting? Also maybe she is trying to tell you she passed down a STD. I would guess syphilis since that causes madness. Ironically, one of the candidates for President will ensure your mother has access to healthcare to deal with her STD of choice.

Third, reality check, what the hell powers do you think a President has? Have you heard of this thing called Congress? 535 men and women elected from across this nation are the ones who pass or stall laws. 469 of them are up for reelection this year. That is almost 88% of our elected officials. Do you know who is running in those races? If you do, do you know enough about their agenda, voting history, accomplishments, or platforms? Are you judging them as harshly as you are the two vying for the top spot? You know that a President can get stuck with a do-nothing congress right?  That is where no matter who is elected, Congress doesn’t want to or won’t move fast enough to legislate. Example, Supreme Court nominees are always an issue in Presidential politics, but why when Congress can stall or refuse to confirm said nominee? If you don’t want to vote for President, still go to the polls there are 469 positions that need to be filled, not to mention stuff on the state and local levels.

Finally, you and I (and the world) have suffered through an election season that began back in 2014 and now that we are (at the time of publishing) 41 days away from the big decision you want to back out now??? There is a choice to be made and some of us are letting the spin, the ads, the negative attacks make us think we are damned if we do and damned if we don’t, when that simply isn’t true. If you don’t want to pick a president from the choices available, vote based on issues, vote based on the vice-presidential nominee if you feel like it, just vote.

Back to our original question: who wins if you stay home on November 8th? Not you, not I, not the process, not America, veterans, babies, or trees.Voting leads to exciting terms such as ‘referendum,’ ‘paradigm shift,’ and ‘changing tides.’ Voting leads to change. If you are not counted among the voices who made the choices (c),  will you be satisfied that you let others make the choice for you? I don’t want to live my life as a victim of another person’s apathy. If you complain, I’m going to ask if you bothered to vote, and possibly brand you as an opportunity squanderer if you say no.

Let’s close with a visualization exercise:

Imagine you got invited to a party. On the invitation it said please pick one: a garbage cake or a plain cake. No one particularly enjoys either cake, but one is more palatable than the other. You didn’t bother choosing, you show up and the cake is not the one you would have chosen. What are you going to say at that point? Nothing, you gotta eat that garbage cake, it is the only refreshment at this party. Not voting is settling for a cake made of garbage. Go Vote! 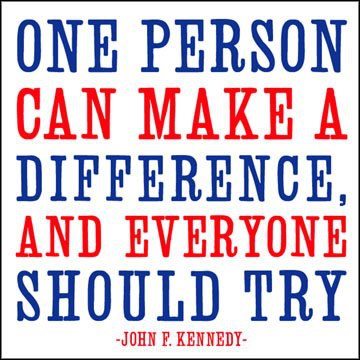 3 thoughts on “You Better F-ing Vote”