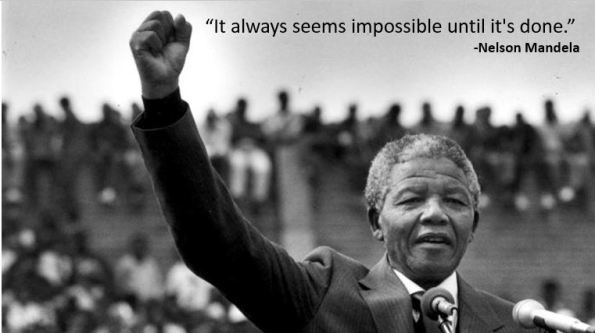 On the morning of July 27, 2016, Baltimore City’s State Attorney, Marilyn Mosby announced that the charges against the remaining officers in the Freddie Gray case have been dropped.

As a reminder here are what the officers were charged with

Before we unpack what this dismissal means to our psyche and desire for justice, let us acknowledge the very valid LEGAL reasons that these charges were dropped. In order to convict someone of a crime, all elements required to find someone guilty of murder/assault/reckless endangerment must be proven beyond reasonable doubt.  From my understanding, most of the evidence presented in all trials overlapped. So it makes sense that if that evidence was not enough to convict three of the six officers, it follows that it would be insufficient for the remaining three. By dropping the charges, the prosecutor’s office conceded that they would not be able to prove all elements beyond a reasonable of a doubt. Mosby did give statements alluding to “inherent bias” in a culture of police policing themselves. We can all acknowledge that all institutions have systemic issues of some kind, corporations, administrations, etc. All of them. This is not unique to police alone.

Now to unpack. While legally, there is not enough evidence to convict these six people, in reality we have no one to hold accountable for the death of Freddie Gray. It is pretty obvious that if these six people and Freddie Gray never met, he would not have died the way he did. Unfortunately, our gut feelings are not admissible in court, as they shouldn’t be. The dropping of the charges is understandable, but it was still a gut punch. Baltimore Medical Examiner, Dr. Carol Allan found that the death of Freddie Gray was ‘no accident.’ The implications are it was purposeful. And because it was purposeful, it was malicious, and because it was malicious* the rules that govern society allow us to punish those who maliciously and purposefully bring harm to others. External pressures or internal forces (more likely a combination of both) have affected justice being served. Sure there are Department of Justice and internal independent investigations that are occurring, but isn’t justice supposed to be swift?

It’s supposed to be, but it is not. I realized that for a while I was equating my desire to see justice (in this case responsibility taken for actions and decisions made) with a bloodlust for ‘payback.’ I cannot imagine doing what public servants do, they put their lives on the line because they felt a sense of duty or a calling to help. So I cannot imagine what goes through one’s mind when they have to come to terms with the fact that during the course of you doing your duty or answering your calling you ended a life. Whether it be in the line of fire or negligence during a “rough ride” it has to affect you that someone no longer EXISTS because of your actions. That could just be me. I would hope that for those who risk that as part of their job/profession are trained and given resources to deal with this. It is not fair for us to have a need for payback against those we perceive as evading justice. We need to focus on why justice wasn’t achieved the first time around. Tracking down the root cause of a problem is the best way to control / eliminate the problem.

I am not close enough to the inner workings of Baltimore to weigh in on what the root cause of the injustices occurring there are. For the last 18 months we have been witness to graphic videos of police brutality against civilians. It seems that every week, in a different part of the nation, a new pocket of oppression is turned inside out. I fear a day when the exposure that is being brought to this issue is also the reason many become desensitized to it, and we go back to accepting the status quo. It is important that those invested in seeing justice and reform get in the room together and start talking. The best thing Michael Jordan did (yes, I think it was about time he stood for something) were the two organizations he chose to donate to: International Association of Chiefs of Police’s newly established Institute for Community-Police Relations and the NAACP Legal Defense Fund. One organization will work towards bridging the impasses that have arisen between the police and the communities they serve. The other, fights for civil rights. MJ’s donation game makes a statement: Collaborate on a solution, but keep fighting.

What we have across the nation (when we are not engaged in the circus that are the party conventions) is a lot of people left holding the bag waiting for justice to be meted out. Legally, the state could not be the one to give justice that Freddie Gray’s loved ones, and us as citizens of society, want. Would we be so naïve to have hope that the other, not as publicized investigations, will bear fruit? Perhaps. Justice is not as swift in this country when it needs to be. And I don’t think anything I can say will reconcile the feelings of disgust and disappointment we now live with. But I will say this, if we stop pursuing justice, true justice (not payback), we fail.

*Page 42 of The 2015 Charging Manual for Maryland says the following for 2nd degree murder charges: “…did feloniously and with malice aforethought attempt to kill and murder ____”

Things Keeping Me Sane This Week: Several things actually: Foolishness (like the text string with my girlfriends about why women don’t like eating bananas in public), to Harry Potter midnight book release this Saturday, to good friends & great conversations over wine (or cookies), I bought several books this week, and Rogelio de la Vega on Jane the Virgin. Boom self-care tools ON POINT this week.